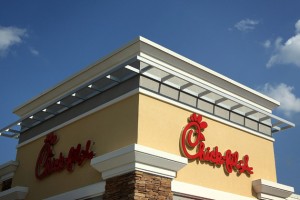 I got a mixed response to the article and was asked what I thought. I’m not sure whether my thoughts add anything, as I largely agree with Piper, but here they are anyway…

I think we Christians tend to conflate issues sometimes. In the OT, God communicates his law for Israel to Israel. He said “here are my commands for you“, not “here are the dictates you should impose on your neighbors.” Likewise, in the NT Jesus differentiated between believers and unbelievers. “When a brother sins against you”, dozens of “one another” verses, etc. I don’t think we should be surprised when we see non-Christians act as though they don’t believe. Here’s my take on it in a nutshell…

On this specific issue, I have always debated on grounds of natural law, biology, rights of children, statistics and the like. These all confirm the biblical position. I’ve been charged by some Christians with compromise, but I don’t think this is compromise. All truth is God’s truth. If I state a true statistic, I believe it honors God. Plus, if I am pursuing truth with a skeptic, I believe we are on a trajectory that points toward God. I don’t see that as a loss.

I think boycotting CFA was ridiculous and baseless. It was an emotional and unsubstantial response. I tend to agree with this author’s assessment of the “Eat CFA Day”. Now, if I were near a CFA and I were hungry for chicken, I’d have no problem stopping in. However, eating there as a political statement is unhelpful. I’ve already debated this topic with a number of opponents in the past week. We’ve had principled discussions about it. I have a hard time believing that ordering up a giant basket of nuggets is going to be more persuasive to them than what I’ve already said. I also don’t feel like I need to support CFA more than I already am. (I’ve argued in their defense and eat there when I want to.) Given all this, going to CFA today seems more an “us vs. them” statement as the author described. I think it’s just as emotional as the boycott, and a pointed disapproval of a bunch of people who already feel like Christians despise them. I don’t think a long line at the drive-thru changes any minds.

For the past century, Christianity has been largely an emotional religion. I don’t think emotion is bad, but I think that we need to bring thinking back into it. The people I talk to reject Christianity on intellectual or ethical grounds. A response like Huckabee has called for will reinforce their beliefs that Christians are ignorant lemmings who don’t care about those on the outside. That strikes me as the opposite message we ought to send. My vote would be to enjoy CFA the same way you did this time last year. Don’t make it a statement. Stop with the emotional responses, stop the in-your-face reactions. But be on the lookout for people who disagree. Ask them a question: “What do you feel was offensive about what Dan Cathy said?” … “Why?” … “Have you ever considered X?” In other words have a calm conversation. This way you have absolutely nothing to lose, but potentially have everything to gain. I don’t see how this is a response that dishonors God.

What do you think?