You guys!
You guys…
It has been a hot minute / year and a bit.
I’ve been off being the best me that I can be, and shit.
Firstly, there was a little hate from some who don’t recognise the life skill that I am most proud of – SARCASM.  After a few helpful messages suggesting I shouldn’t be allowed to have children because of how I’m so clearly not capable of looking after them….I gave them a virtual one finger salute, and got distracted by other shiny things instead of blogging.
To be honest, my first action was to reply saying “absolutely…what time can you come and get them?”
That did not appease the trolls.
I’m still not 100% convinced it wasn’t #1Nana trying to keep me on my toes with the swears on here.
Anywho – onwards and upwards…
So…to update you all on the comings and goings around these parts.
I have a teenager.
Ugh and Argh and all other such eloquently worded statements that parents of teens universally commiserate with.
Miss13-going on 63, is about elevnteen foot tall now.  It is a struggle to do her hair, and I am now resorting to using a fetching Ikea stool that was once the potty stand for my Mister to reach and aim (purchased after far too many late night toilet breaks ending in suspiciously wet feet for yours truly…).
She’s going on 63 because she is a wise old woman who knows EV-ER-EE-THING – just ask her…  She’s full of wise and helpful advice to me on all things.  In fact, just yesterday we were driving through an area we don’t normally visit.  She saw an Aldi supermarket and stated that she always does her grocery shopping there, on account of how competitive and cheap they were.
Well fancy that – who knew she was a closet domestic goddess who budgets and goes grocery shopping?  I must’ve missed all of that while begging her to make her bed / get off the iDevices / pick up her floordrobe, and all manner of other domestic duties that clearly aren’t part of her grocery shopping focussed repertoire.
The Twin Tornado are still all tornado-ish, ranging between an F4 and F5 on most days.  I blame global warming.
Miss10 wants to be a Dentist, so I’m delighted someone will support our entire family.  She really just wants to have at her siblings’ mouths with sharp instruments – but SEMANTICS – I have a future Doctor in the house!
Mstr10 wants to be a Lego pro.  I’ve told him he can totally go for that, if he agrees to first master the art of tying his shoelaces without losing his shit.  He wasn’t keen to shake on it, but when I explained that nobody would take his Lego pro status seriously otherwise, he agreed.  Phew and fingers crossed.  What could possibly go wrong.
Anyway, best thing is – they are all feeding and bathing themselves, putting their own laundry away, and reading to themselves.  I feel like my job here is all but done (especially with the reading thing).  They’re also usually putting themselves to bed, because I am now OLD and I fall asleep before them a lot of the time.
Trolls – you hear that?  I DON’T EVEN BOTHER PATTING THEIR BACKS TO SLEEP ANYMORE…
Also trolls, to really excite you…I had to count back – using all my finger digits – to make sure I’d correctly stated the Twin Tornado’s age.  Are they 10?  Are they 11?  Who knows!
Anyway, clearly nailing the parenting still.
And also the wifing – #1Hubby is still going strong.  I still remind him just how lucky he is, on the regular.  I feel like it’s obvious and is one of those things that doesn’t need to be said, but far be it from me to miss the chance to remind him all the same.
Now that I’m almost done with the nurturing of offspring, I thought it was time for me to do something for me. 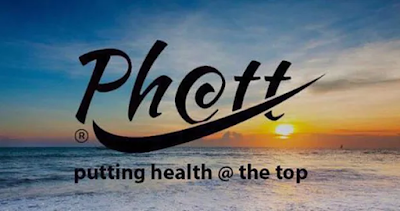 So I did a detox slash gut health program – Before you choke on your wine, I was far from being all my body is a temple….
I was more…wait, it’s only a month and I don’t have to exercise?  And I’m going to lose 10% – 15% of my body weight in that time?
SIGN. ME. UP.
For reals, because I am so lazy/allergic to exercise, I had to get someone to do the grunt work of clicking buttons to sign me up.
Low and behold – not all of these things are a hoax.  Sometimes, it really is as simple as it sounds.
Pretty sure I’m being watched by all the Kardashian’s, because clearly I’m a threat now.
Anyway, it was so awesome for my insides and my outsides, and so quick and easy, that I signed up myself on the other side of the program.
People…I am now a bona fide business person.  For reals.  And – wait for it – part of that is being a MENTOR.
I KNOW – WHO WOULDN’T WANT TO BE MENTORED BY ME!??!?
Pearls of wisdom, daily.  I’m like the gift that keeps on giving – while improving gut health and losing weight in the space of a month.
It’s clearly a no brainer, and I will personally thank you all when I’m on the cover of Forbes and O Magazine for taking all the money off bazillionaire app developers and Rappers.
Listen, a girl has to work.  Nobody was throwing dollars at me to write my words of wisdom, as enjoyed by tens of internet goers over the years.  So here it is, something else I’ve enjoyed, that’s worked for me.
It’s a little bit of shameless self-promotion, I know, – but if any of you have heard of the Healthy Living / Ph@tt program – you’ll know why I’m bragging!
And I’m saving for Dental school, remember.
Clickety-click if you want to know more.  Or if you just want to say hi.  Clearly I’m trying to fund a fancy new wardrobe, on account of my new slim-lined self.  #1Hubby is terrified I’m  mass purchasing bikinis via Facebook.  I told him I would only do such a thing if he agreed to a matching Mankini, since he’s also cutting a sharper figure thanks to having no choice but to support me and get with the month-long program.
So it’s been a crazy 18-months up in here.
I’ve kept them all alive and – dare I say – thriving.
I’ve improved myself.
But I’m still the same foul mouthed sarcastic delight that I’ve always been!
I’ve missed ranting and raving to you guys.
Stay tuned for more updates on Lego-gate (where I attempt to either Tiger-parent Mstr10 into Lego stardom, or covertly crush his dreams and distract him with a slightly more attainable career goal).